In the quaint, seaside town of St Ives you’ll find an abundance of local Cornish produce and delicacies. Having visited there this summer, here are my recommendations on what you must try.

There’s nothing more British than eating a Cornish pasty whilst sitting on the beach in the pouring rain – wearing a wetsuit (now that’s what I call a summer holiday!). According to the Great Cornish Food Book (which is quoted on the Cornish Pasty Association website) Cornish pasties were the food of miners. Diced potato, swede, onion and succulent beef make for a hearty, juicy filling which is perfectly contained within a golden pastry, wrapped up by the iconic crimp. You can pick up a Cornish pasty (also known as an ‘Oggy’ in Cornish slang) at any beach in St Ives, including Porthminster, Porthgwidden (the best pasties in my opinion) and Porthmeor. There are also several Cornish Bakehouses scattered around the centre of town or you can head over to Pengenna Pasties where you can stand at the window and watch them at work. You will also find many places who claim to have world class status, such as The Cornish Bakery on the bustling Fore Street. Whilst I try not to dwell on the fact that I consumed six pasties within the space of one week in St Ives, the calories were quickly burnt off during daily activities of swimming, body boarding, paddle boarding and surfing. 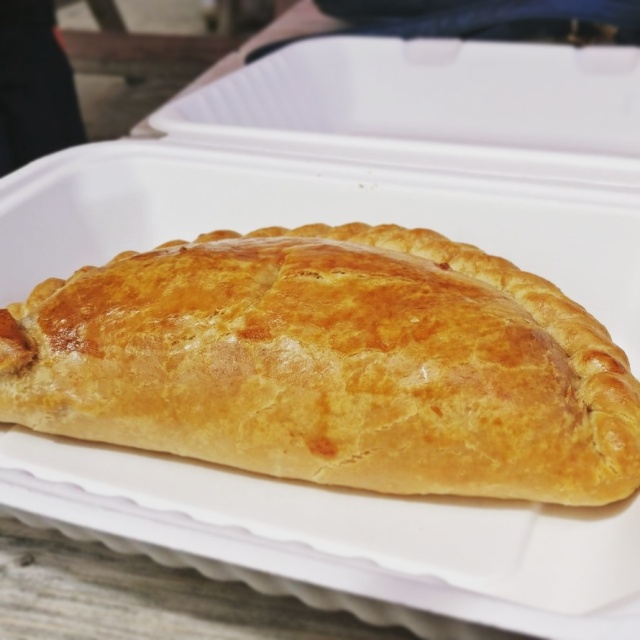 ‘Eating a Cornish pasty whilst sitting on the beach in the pouring rain – wearing a wetsuit. Now that’s what I call a summer holiday!’

It’s the ultimate debate – which comes first? Jam or cream? A traditional Cornish cream tea requires you to spread jam onto your scone first, and then your clotted cream. There are many tea houses and cafés for cream tea (including the top floor of Tate St Ives where you have an amazing view of Porthmeor beach) but a favourite of mine is Olives Café. The scones are warm and fluffy and served with Cornish tea, unless you fancy upgrading to prosecco! They also have ginormous and delicious-looking cakes on offer and next door is an art gallery where you can pop in afterwards. 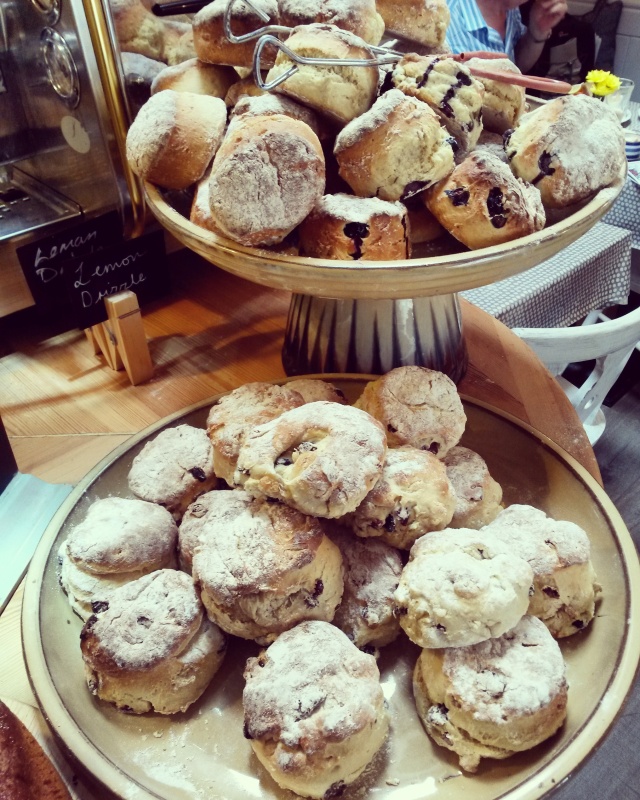 ‘It’s the ultimate debate – which comes first? Jam or cream?’

Whenever you’re on the coast, you have to take advantage of the local seafood. Why not catch one of the boats from the harbour, which will take you on a fishing trip? We saw a group of people come back with plenty of mackerel which they then fed to the two (very cute) seals that are regulars at the harbour. At The Mermaid, located on the appropriately-named ‘Fish Street’ (in the heart of the old fishing town), you can get a classic beer battered fish and chips, however, my favourite fish restaurant was Porthminster Restaurant, located on the beach of the same name. We headed down there one evening whilst the sun was setting and had pan-roasted hake fillet with peas, courgettes, crispy ham, hollandaise sauce, a potato parcel and edible flowers picked from their coastal facing kitchen garden, which is just outside the restaurant. This was accompanied with rosemary and Cornish sea salt chips served with roasted garlic. 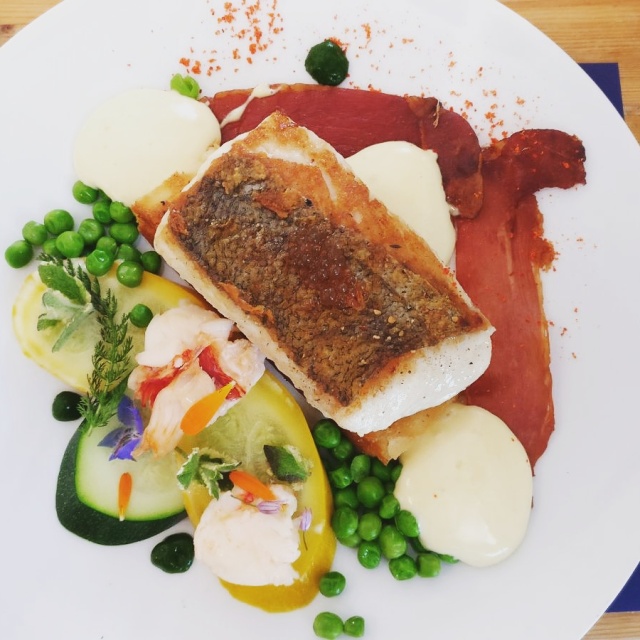 These are a local delicacy and can be found on most menus in cafés. Scoff Troff Café serve freshly-caught local crab in bloomer bread served with salad and the option of chips on the side. It’s the perfect place to pop in for a quick lunch if you’re doing a spot of shopping in town – plus, they are dog-friendly!

Roly’s Fudge originated in Devon, however, they recently opened a new store in St Ives. Their fudge has won numerous Great Taste and Taste of the West awards and it truly  is some of the best fudge I’ve ever tasted. Their vanilla clotted cream fudge is a best seller, however, I went for the sea salt fudge (I love sweet and salty treats). It’s crumbly, sweet, creamy and incredibly rich. This is another shop where you can watch them at work. 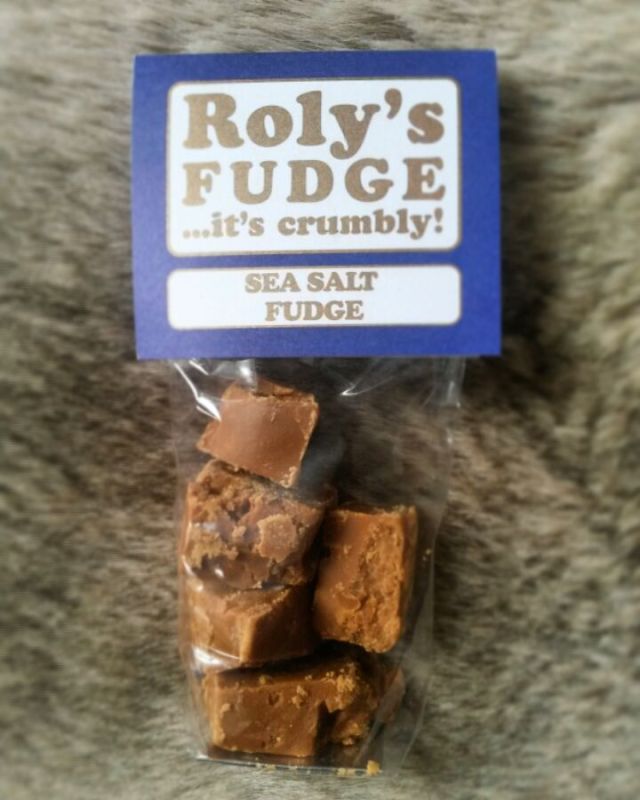 The story goes that St Ives Brewery was set up by a surfer dude who actually lived just up the road from where we were staying. They make Boilers Golden Cornish Ale which is light and hoppy with a fruity taste – it’s the perfect post-surf refreshment. One of my favourite things about Boilers is Susie Brook’s illustration on the label – it really captures the St Ives landscape and the daily activity on Porthmeor beach. 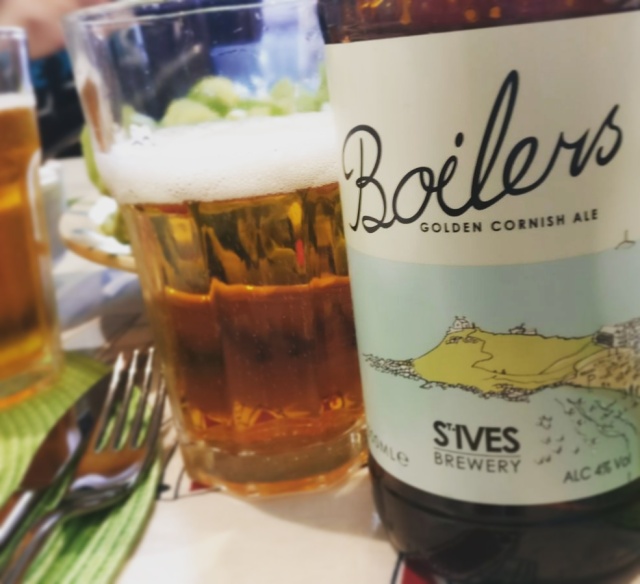 So, this year I have read that there is such a thing as marshmallow gin, coffee gin, rhubarb crumble gin, roasted pineapple gin, truffle gin and in Cornwall I found out that the list just goes on and on as clotted cream gin by The Wrecking Coast is also a thing (available at Johns Liquor Cellar on Fore Street). Unfortunately, I haven’t tried this gin yet but I am incredibly intrigued. Their website recommends that you garnish your G&T with a strawberry, which certainly gives a whole new meaning to ‘strawberries and cream’.

‘In Cornwall I found out that clotted cream gin is also a thing’.

Whilst chocolate isn’t exactly a local delicacy, I Should Coco is exclusive to St Ives. It’s a family-run chocolate shop that specialises in beautiful hand-made chocolate and they also hold regular chocolate-making classes. They create incredible window displays (purely made out of chocolate) and this summer’s was my favourite so far: a seagull who had stolen some ice cream and another who was tucking into some chips with ketchup. Seagulls are a serious threat in Cornwall – they will swoop down and snatch your recently bought ice cream, they will steal your hot-out-the-oven Cornish pasty – there is no stopping them. I’ve watched a seagull so determined to stick its beak into an open bin to retract an empty box, in hope that it contained leftover chips. The signs that read ‘Beware of seagulls’ do not lie – definitely keep an eye on your food! 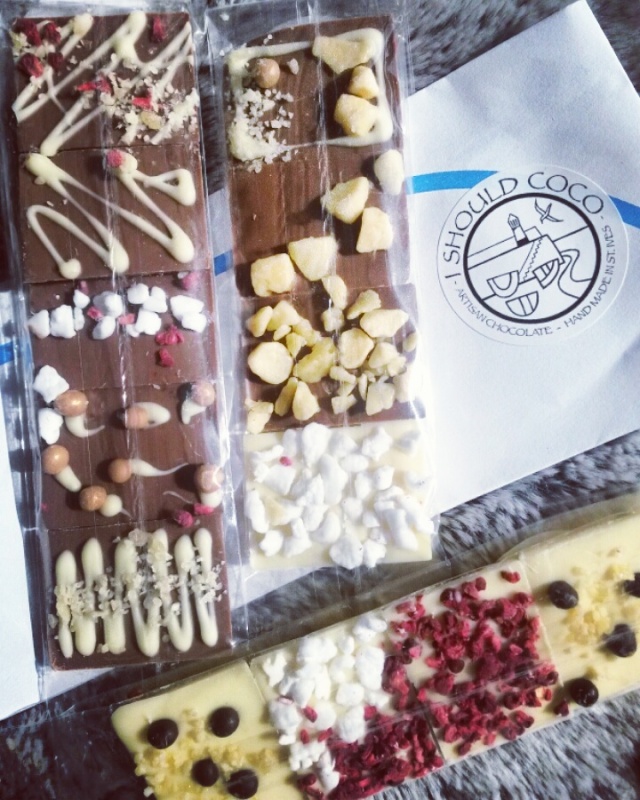 According to a study by Sainsbury’s, the South West’s favourite ice cream is a clotted cream one. The best place to sample some in St Ives is the conveniently-named shop, Cornish Cream. They specialise in all things…you guessed it and you can even opt to have a dollop of actual clotted cream on top of your scoop of clotted cream ice cream. I went for the Cornish fudge flavour, since the shop is right opposite Roly’s Fudge hence why I had fudge on the mind. This was truly the creamiest ice cream I have ever tasted and each lick probably took years off my life by the amount it raised my cholesterol but it was so tasty I just didn’t care.